This is a new experiment on this blog. Libraries & Information in Media explores and analyzes portrayals in different media of libraries, librarians and the role of information in general. Within this new section, I am going to write a short post about how libraries and information are portrayed in books, movies, series, comics and videogames. I hope you find it interesting.

In this first post, I take a look to Memory Alpha, as it appears in the episode “The Lights of Zetar” (1969) of Star Trek the Original Series (TOS for geeks). Memory Alpha is a planetoid which houses a huge library complex set up for academic purposes. This library contains the total cultural and scientific knowledge of all the planets that are members of the United Federation of Planets. Memory Alpha is also the very apt name chosen for one of Star Trek’s wikis on the Internet.

In this episode, the action takes place in the planetoid. However, not much is said about the library itself nor it is an important plot device on itself. According to the Memory Alpha wiki, “as of 2269, the library complex was an array consisting of five large and seven smaller domes on the surface of the planetoid. Aside from the technicians, the occupants of Memory Alpha varied with the number of scholars, researchers, and scientists from variousFederation planets who were using the computer complex at any given time.” The most relevant element that I can bring to this post for discussion is that there is an attack on Memory Alpha and then Mr. Spock comments regarding the nature of the library that because they considered that the knowledge stored there is to be accessible to everybody, they did not put a force field to defend the planet. A force field in Star Trek is an energy field put into place around ships or places as a line of defense and it prevents life forms to “beam” or being teleported to a place without permission.

This is a very interesting point, if we think about the history of libraries, the first libraries were reserved to the elites, usually knowledge was only accessible for members of the royalty or religious people, and not the general public, which is all the purpose of libraries of the current age. It is a shame that because of enforcing to the limit a free access to knowledge, this library was vulnerable and attacked. There is no easy answer on how to provide universal access and at the same time protect the place where information is stored. Even so, this is the most interesting portrayal of libraries in Star Trek TOS. I see that Open Access is a common trait on the handling of knowledge and information policies in the Star Trek universe (at least by planets of the Federation). I can guess that in posterior series computers get a major upgrade in storing space as we can see for example Captain Picard (The Next Generation) browsing through music or also Captain Janeway (Voyager)  using the Federation digital library to bargain for a transportation device. An interesting topic to debate from Star Trek mythos is Copyright an Open Access. However, that is a topic for another instance of Libraries & Information in Media. 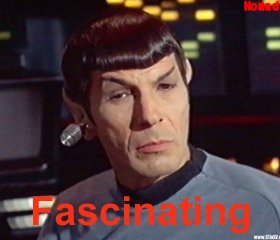